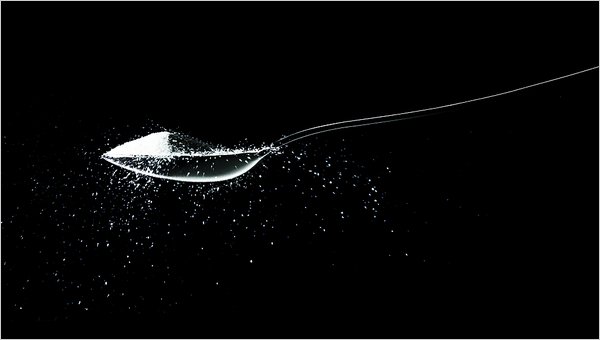 On May 26, 2009, Robert Lustig gave a lecture called “Sugar: The Bitter Truth,”. Since then, it has been viewed well over 800,000 times, gaining new viewers at a rate of about 50,000 per month, fairly remarkable numbers for a 90-minute discussion of the nuances of fructose biochemistry and human physiology.

Lustig is a specialist on pediatric hormone disorders and the leading expert in childhood obesity at the University of California, San Francisco, School of Medicine, which is one of the best medical schools in the country. He published his first paper on childhood obesity a dozen years ago, and he has been treating patients and doing research on the disorder ever since.

The viral success of his lecture, though, has little to do with Lustig’s impressive credentials and far more with the persuasive case he makes that sugar is a “toxin” or a “poison,” terms he uses together 13 times through the course of the lecture, in addition to the five references to sugar as merely “evil.” And by “sugar,” Lustig means not only the white granulated stuff that we put in coffee and sprinkle on cereal — technically known as sucrose — but also high-fructose corn syrup, which has already become without Lustig’s help what he calls “the most demonized additive known to man.”

It doesn’t hurt Lustig’s cause that he is a compelling public speaker. His critics argue that what makes him compelling is his practice of taking suggestive evidence and insisting that it’s incontrovertible. Lustig certainly doesn’t dabble in shades of gray. Sugar is not just an empty calorie, he says; its effect on us is much more insidious. “It’s not about the calories,” he says. “It has nothing to do with the calories. It’s a poison by itself.”

If Lustig is right, then our excessive consumption of sugar is the primary reason that the numbers of obese and diabetic Americans have skyrocketed in the past 30 years. But his argument implies more than that. If Lustig is right, it would mean that sugar is also the likely dietary cause of several other chronic ailments widely considered to be diseases of Western lifestyles — heart disease, hypertension and many common cancers among them.

The number of viewers Lustig has attracted suggests that people are paying attention to his argument. When I set out to interview public health authorities and researchers for this article, they would often initiate the interview with some variation of the comment “surely you’ve spoken to Robert Lustig,” not because Lustig has done any of the key research on sugar himself, which he hasn’t, but because he’s willing to insist publicly and unambiguously, when most researchers are not, that sugar is a toxic substance that people abuse. In Lustig’s view, sugar should be thought of, like cigarettes and alcohol, as something that’s killing us.

This brings us to the salient question: Can sugar possibly be as bad as Lustig says it is?

It’s one thing to suggest, as most nutritionists will, that a healthful diet includes more fruits and vegetables, and maybe less fat, red meat and salt, or less of everything. It’s entirely different to claim that one particularly cherished aspect of our diet might not just be an unhealthful indulgence but actually be toxic, that when you bake your children a birthday cake or give them lemonade on a hot summer day, you may be doing them more harm than good, despite all the love that goes with it. Suggesting that sugar might kill us is what zealots do. But Lustig, who has genuine expertise, has accumulated and synthesized a mass of evidence, which he finds compelling enough to convict sugar. His critics consider that evidence insufficient, but there’s no way to know who might be right, or what must be done to find out, without discussing it.

If I didn’t buy this argument myself, I wouldn’t be writing about it here. And I also have a disclaimer to acknowledge. I’ve spent much of the last decade doing journalistic research on diet and chronic disease — some of the more contrarian findings, on dietary fat, appeared in this magazine —– and I have come to conclusions similar to Lustig’s.

Gary Taubes (gataubes@gmail.com) is a Robert Wood Johnson Foundation independent investigator in health policy and the author of “Why We Get Fat.”

Comments: Well written article and something for years I have been telling individuals to avoid- because it is incredible destructive nature and killing us! Youtube video, “Sugar: The Bitter Truth-long version”  is posted tomorrow. I did this, this way so you would have time to ponder the significance of what you eat!